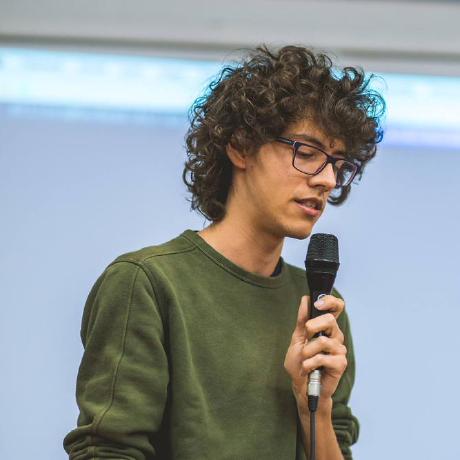 While a very high level understanding of Bitcoin can be enough to grasp how value is moved across the network, taking this knowledge and using it to build a real, user-ready product can prove to be very hard, due to the technical details and high security standards that need to be met, and also in part because of all the little quirks the Bitcoin protocol has.

After spending some time working on a few different Bitcoin projects, I started to find myself unsatisfied with what most of the libraries available offered: they would generally suffer from either a lack of generalization, meaning that they would only support a very limited set of operations, or they would trade some of the convenience for a more powerful API, making them especially tricky to use in practice without a deep understanding of the protocol.

In my opinion, this is one of the reason why we don’t see a lot of variety in Bitcoin end products and wallets available to the public today: the vast majority of them only support single-signature schemes, or at most simple multi-signatures. More complex scripts that involve, for instance, timelocks are very rarely seen in the wild in the context of on-chain wallets.

The advent of output descriptors promises to remove once and for all the trade-off between usability and power: descriptors can be used to express with a very concise syntax even the most complex Bitcoin spending conditions. With the right tools, a developer can build a product that relies on arbitrary spending policies without having to ever touch raw Bitcoin scripts or transactions.

Even better, software built using descriptors can be easily adapted to make use of new protocol features, like the upcoming Taproot soft fork. Descriptors also allow prototyping and shipping new features much more quickly because most of the complexity is handled internally by the library. Developers that adopt this technology can ultimately spend more time working on their product and tailoring it to their users’ needs, rather than having to learn all the low level details of the Bitcoin protocol and having to keep up with them.

With these ideas in mind, I started working on the project that would later become Bitcoin Dev Kit a little over a year ago, and I have been leading its development ever since, thanks to initial funding from Bitfinex. Over time three more people have joined me working full-time on the project, with most of their funding coming from Square Crypto, along with a larger and growing community of people contributing with code, documentation, feature requests, and feedback.

The Bitcoin Dev Kit (or BDK for short) project is building a set of open source libraries that can be used to develop descriptor-based Bitcoin products. Its core components are written in Rust, a language that prioritizes memory-safety while at the same time being low-level enough that it can be easily compiled and run on embedded hardware. BDK is also very well integrated with the larger Rust Bitcoin ecosystem and all the major libraries can easily interoperate with each other.

BDK aims to be very modular and provides a few ready-to-use default modules out of the box: one can use the provided branch-and-bound coin selection, or swap it with a custom coin selection algorithm without having to fork and modify the library. The same applies to the internal database and the blockchain backend: the library provides the implementation for different databases and backend clients based on Electrum and Neutrino. Those are bundled with the library, but they can be replaced (or removed entirely to make air-gapped ephemeral wallets) to better suit the developers’ needs.

This allows BDK to be potentially used in many different kinds of products that need to interact with the Bitcoin network: it can be the watch-only wallet of a vending machine running on a low-power board, the high security corporate Bitcoin vault that runs on multiple air-gapped geographically-distributed computers, or everything else in between.

We are focusing our efforts on building a healthy community of people that contribute to and use BDK by providing examples, documentation, and everything else they might need to get started. We strongly believe this is one of the key points that can make the library survive the test of time.

The main Rust library is currently undergoing its beta phase, but there’s still a lot of work left to do: on top of maintaining and improving the library itself, we are working on releasing bindings for a few other programming languages like C, Python, Java/Kotlin and Swift to allow the library to be used more conveniently in mobile and desktop environments.

We are also starting a collaboration with the developers behind the Lightning Dev Kit (LDK) to ensure that the two libraries can work together seamlessly, allowing developers to build on-chain and off-chain wallets easily.

Finally, we are following the development and activation of Taproot and we plan to support it in our library as well.

If you’d like to learn more you can check out our website or join our Discord server to get in touch with us.